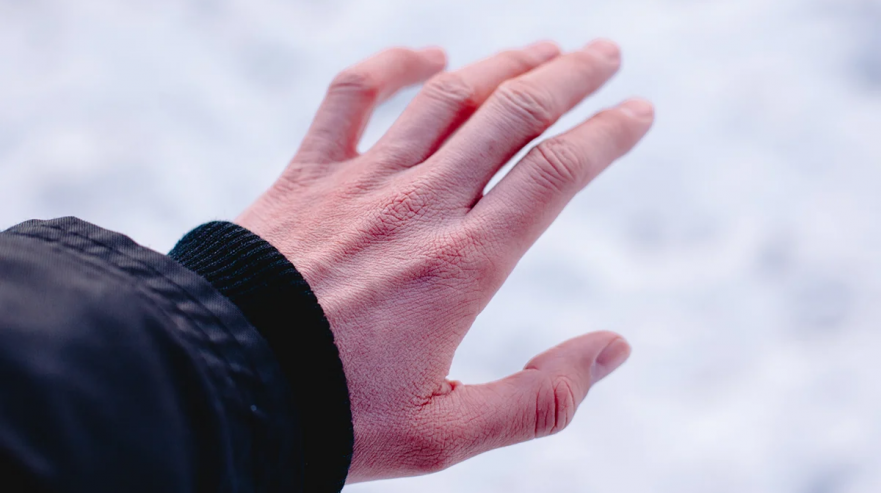 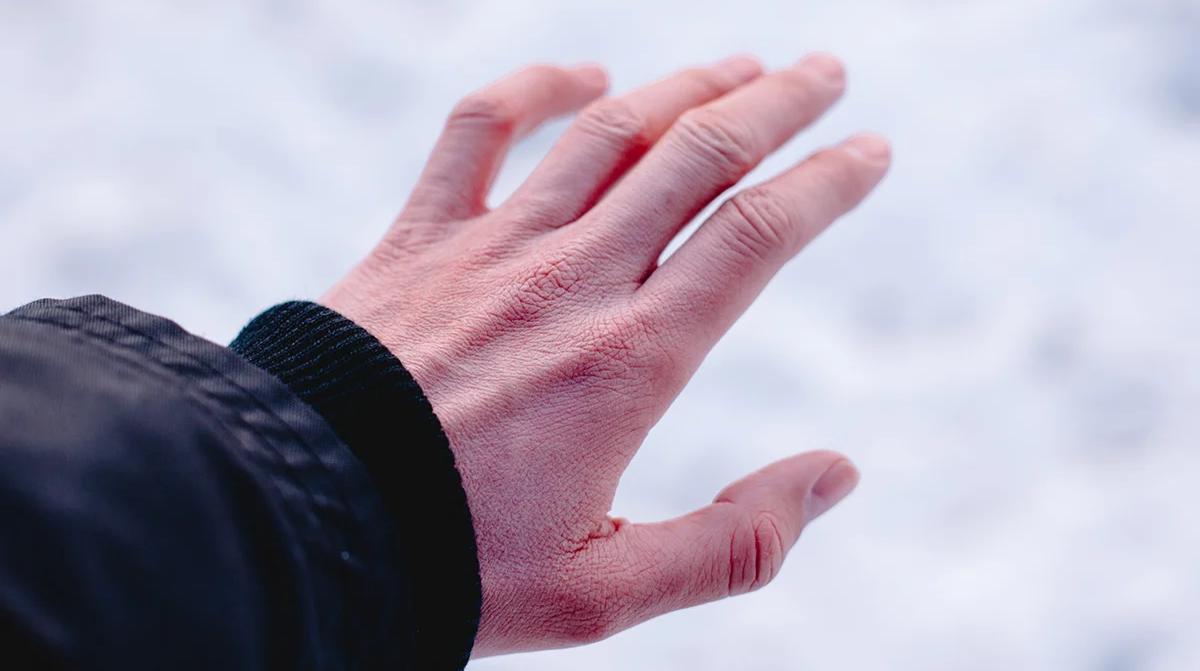 If you spend any time outdoors in the winter, getting to know the symptoms of frostbite is essential. While the skin condition varies in severity, it’s easier to contract than you’d think. Here are the frostbite signs and symptoms that require immediate attention.

Red or sore skin
Common areas where frostbite occurs are the fingers, toes, cheeks, nose, ears, and chin. Make sure to be aware of these areas when looking for frostbite symptoms. If any of these turn red, that’s a sign of frostnip, an early warning sign of frostbite. Frostnip doesn’t permanently damage the skin, but it’s a signal to seek warm shelter quickly. Another frostnip symptom might include the skin feeling very cold to the touch.

Prickling feeling, like “pins and needles”
If you don’t warm up after frostnip has kicked in, frostbite will enter its early stages. At that point, exposed skin may become numb or start to itch, burn, or sting. (Because of the numbness, many people can’t tell when frostbite has set in. To avoid the condition worsening, pay attention to the colour and texture of the exposed skin.)
Always do this if you want to avoid dry skin in winter.